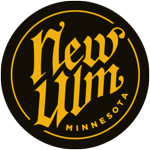 Five players from New Ulm United Soccer Club (NUUSC) recently tried out to represent Minnesota in the Olympic Development Program (ODP) Midwest Showcase in Ohio this June. NUUSC is excited to share that 3 players advanced to the Midwest Showcase and 2 were selected as alternates. RepresentingMinnesota in the Showcase are: Ellie Dake U16, Dominick Kamrath and Nick Zins U18; State Pool Alternates are Brennan Shaver and Leo Waloch, U18.

ODP was formed in 1977 to identify a pool of players from each age group in every state, and form a nationalteam that could be selected for an international competition. Players chosen to represent Minnesota in the Midwest Showcase in June will have an opportunity to represent the Midwest team that will move on to compete in the International Showcase inOrlando, Florida in November. ODP tryouts are open to soccer players across the state of Minnesota. There were two rounds of tryouts in the Twin Cities with players needing to compete to advance through each stage.

Congratulations to all players for showcasing your talents and representing NUUSC! Good luck in June!

PROGRESS BEING MADE AT THE BETTY KOHN FIELDHOUSE 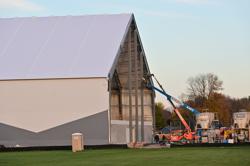 MYSA Give and Go Newsletter

MYSA publishes an electronic newsletter which is designed to provide important communication to club administrators, coaches and parents regarding all the latest news from MYSA. This includes calendar reminders, rule changes, special announcements and other updates.

The newsletter is distributed every other week during the Fall and Winter and weekly during the Spring and Summer. If you would like to subscribe to this, please click on the logo and follow the directions at the bottom of the page.

No articles found based on your tag selection.

Wondering how your team is doing?

Click here to go to the MYSA website and see how our New Ulm teams are doing in the standings.